Stuck Trying to Get Your Man into Yoga? Try These Steps - Yogi Goals 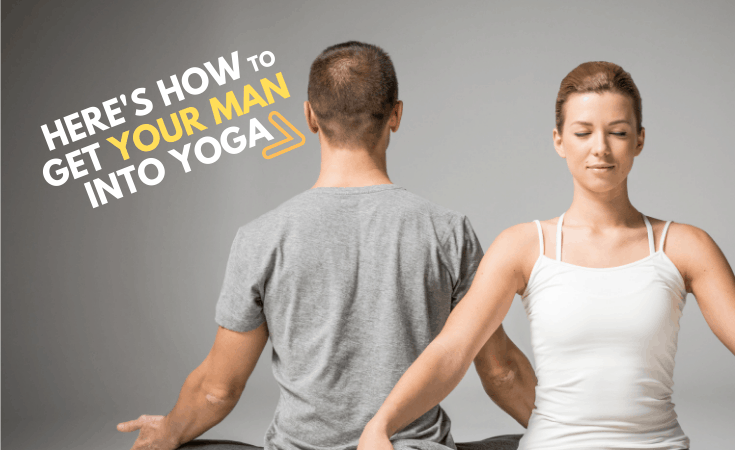 Alright, this one’s for the ladies.

Have you been trying in vain to get your man to come with you to yoga class?

You're certainly not the only one. In fact, I'm often asked by my female friends how to convince their partners to try it too.

I can see why they’d want to. Who wouldn’t want their partner to be happier, less stressed, stronger, fitter, better in bed (probably).

Well, when it comes to men in yoga, the stigma is real. "Yoga is for women", "it's just stretching" etc etc. It's hard enough for motivated individuals to break through, let alone to convince people who aren't otherwise interested.

So you need to find a way to bridge that divide.

Fortunately, it's absolutely possible. Here are just a few of the ways you can get him off the couch and onto the mat!

Quick Navigation: What You'll Learn in This Guide
Things to Try
Leverage his Passions
Leverage his Personality Type
Start with the Physical Practice
Show him What a Modern Yogi Looks Like
Give Him a Taste of the Benefits
To Wrap it up

If he's the athletic type, it should be easier to win them to the yoga side.

After all, yoga has been shown to increase performance in just about every athletic capacity. Whether he loves basketball, running, climbing or just anything else – it's likely yoga can help in some way.

So tie in specific yoga benefits to his beloved sport.

Take basketball for example; everyone knows yoga is good for the mind and body, but he might not make the connection to how it could help his defence and reaction times.

Plus, it helps when some of his favourite sports stars may practice yoga to improve their performance, like LeBron James and Shaquille O'Neal. So it's definitely worth name-dropping when you can!

If your man is the competitive type, try using that to your advantage.

Set him a challenge.

It could be one to do on his own, like "Bet you can't master a handstand in 30 days" or you could challenge him to take a tough class with you.

"If yoga is so easy, try this Bikram class with me".

The stigma of yoga being "easy" is one that holds back a lot of guys. So take him to a class that kicks his ass, and he might just change his mind. 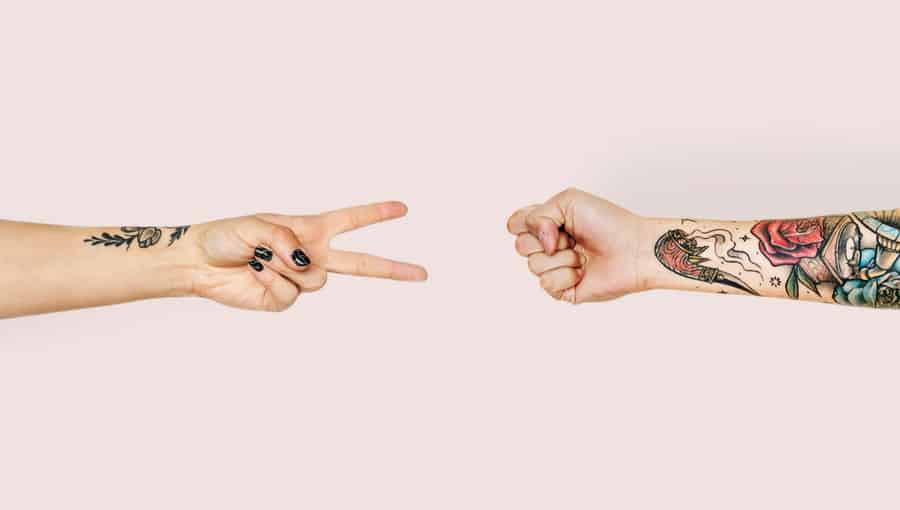 Start with the Physical Practice

You man may not be the competitive type, or be in love with a particular sport, but he probably still wants a real workout.

As yogis, we all know yoga can provide that, but from the outside, it's not always so clear. The stigma of yoga being "just stretching" is widespread in western society, and getting past that perceived "fluffy barrier" is no easy task.

Having a clear understanding of what he can get from a practice, and where he can take it – those are the paths to a mans motivation.

If you live in certain metropolitan areas, you may be lucky enough to find male orientated, fitness focused yoga classes.

Broga is one such place.

Having gained a large following amongst men who want the physical benefits of yoga without all the spiritual hype – Broga has evolved to be a place where both men and women alike can come for a solid workout and stretch.

So take him to a Broga class, stretch and sweat together, and just maybe you'll get him Kundalini chanting somewhere down the line.

Men might not be motivated by Instagram shots of bendy women, but we are often inspired by men rocking powerful physiques.

The same can be true of yogis, people just aren't looking in the right places.

Show him the Boys of Yoga – a great step forward for breaking the mould on what a modern yogi looks like. It's a website (and Instagram page) full of slick images and videos, featuring cool guys pulling off impressive yoga moves.

It's not just the flashy moves that are useful here though, every piece of content that shows regular guys doing yoga, subconsciously gives others permission to do so too.

It moves the goalposts in what's considered “normal”, closer to a world where we can all practice yoga without judgement or criticism. 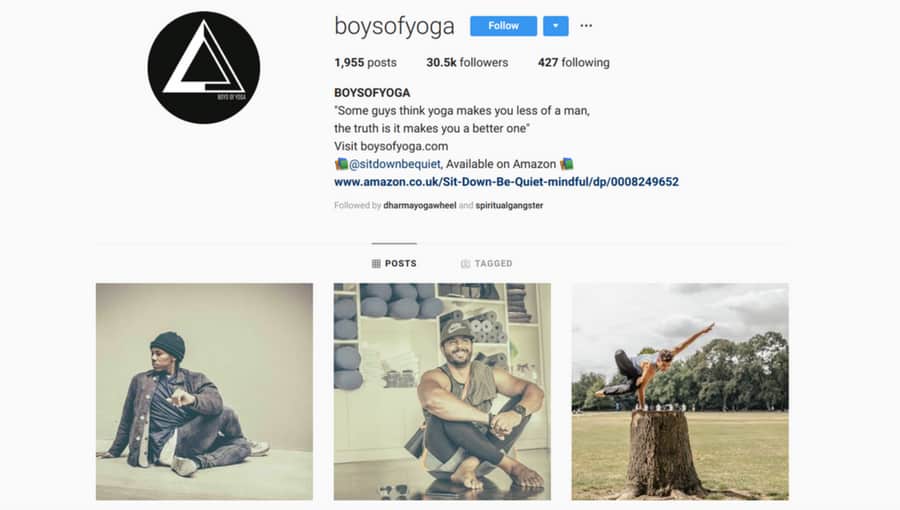 Give Him a Taste of the Benefits

Yoga is one of those things where it's hard to understand just how good it feels till you go and experience it for yourself.

Really, if everyone truly grasped how good it feels, we’d all be doing it. I'm not sure I've ever met someone who only ever tried yoga once

Almost all are hooked at first Savasana.

There are ways to leverage that yoga feeling without doing yoga.

So many people will never know how good their body can feel. In our world full of stress, strain and minimal movement – our bodies have become a big mess of knots and fused tissue. Maybe if your man isn't open to yoga, he might be open to massage.

If they get a taste of how their body could feel after a yoga class, maybe they'd be more open to it? Just a thought.

Or try a spot of pranayama or meditation. There are ways to try the meditative aspects of yoga without a physical practice. Take him through some simple breathing practices after he's had a particularly stressful day.

To Wrap it up

It's easy to generalise on the behaviour of men, but in truth we're all so different.

These steps are designed to help change minds and challenge perspectives, but if a person isn't ready for it – nothing will work.

Part of yoga is accepting ourselves and loved ones exactly as they are, without judgement. Sometimes that means a partner without yoga in their lives.

But yoga is something that people can come to in any point in life, and there will always be opportunities later down the line when he may be ready.

Have you had success getting your man into yoga with one of these angles?

Or maybe you have your own? Let me know in the comments. 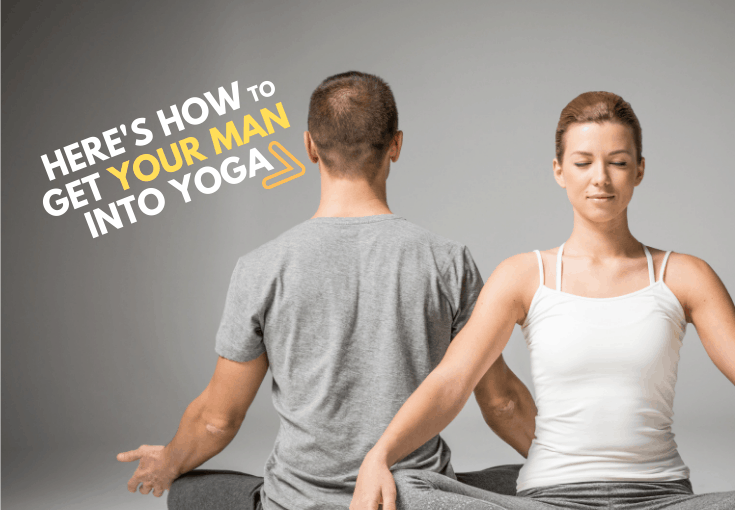