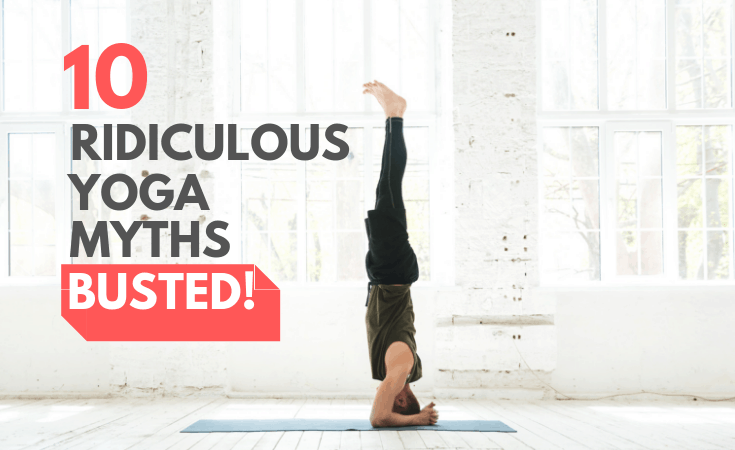 It's time to clear some things up.

For too long, yoga has been bogged down by ridiculous myths and mistaken views.

I guess it comes with the territory.  Yoga has a certain mystique about it.

I want everyone to enjoy the benefits of yoga, but it feels like an uphill battle sometimes when the world carries a distorted view of it means to be a yogi.

We're not all hemp eating, ex-gymnasts — and you don't need to be either.

So let's bust these myths once and for all.

Somewhere along the line, yoga has changed from being an exclusively male pursuit to being seen as socially unacceptable for guys.

Weirdly, it seems like we're the ones who've decided this.

Sure, yoga classes are dominated by women these days, and the media likes to push that narrative. But, it really is just that — a narrative. There's no true basis for yoga being only for women.

Yoga is a human practice, designed to connect us with our highest selves. Gender is a moot point.

Yoga is for everyone. If you're alive and breathing, yoga is for you.

2) Straight Guys Only go to Yoga to Pick up Girls

Not once, have I ever noticed a sleazy guy in a yoga class.

Nobody has ever made a lewd comment or inappropriately stared at the women.

I'm sure most men have incidentally checked out a girl at one point or another, but this cliche idea of straight men going to yoga class with the sole intention of hitting on girls.

It exists only in comedy sketches, not real life.

So how about we catch a break?

3) Yoga Pants are "Just for Women"

Maybe this is just me justifying my ability to wear them.

My god, they're comfortable though.

If only guys knew what they're missing.

4) Men who Practice Yoga Must be Gay

If I had a penny for every guy who's assumed I'm gay just because I practice yoga.

I wonder how many men would be enjoying the virtues of a yoga practice today if they didn't fear being labelled as such.

Sure, because we yogis all become happier, stronger, more flexible and more successful — all because we have a good stretch once a week...

Honestly, this seems more like wilful ignorance than mistaken belief.

The problem isn't even that it implies an inherent weakness to the practice. We all know there's nothing weak about Ashtanga.

It's the fact that so many people dismiss yoga as unsuited to their needs when it's probably exactly what their body could use. I enjoy stretching as much as the next man, but if I believed that's all yoga was, I know I'd never try it either.

6) Yoga isn't for Guys who Lift

In the same vein as myth #1, the notion of "I already go to the gym, I don't need to go to yoga" is entirely misguided.

It also has inherent negative effects on the body:

Guess what helps to mitigate all those negatives?

7) You have to be Ultra Spiritual to Practice Yoga

Nope, not a prerequisite.

There's certainly that element to explore, but I wasn't at all spiritual when I started.

]If anything, spirituality is kinda like flexibility. In that, yoga is great for you, especially if you have none of it.

For those who want to be Ultra Spiritual right from the start. JP Sears has you covered.

This is a funny one. I mean, from the outside, yoga does look kinda boring. Sure handstands and such look pretty funky, but for the most part, yoga doesn't look all that exciting.

That's the things about yoga though...

The value of yoga is in its simplicity. The focus on breath and internal sensation over external stimuli. That's how we reconnect with our highest selves.

That's a difficult notion to express to someone who's never tried it before. It's almost like admitting that it's boring but also explaining that's the point.

Unfortunately, I think this myth can only be busted by experiencing it for yourself — so it's our job to introduce it to as many people as possible.

9) All Yogis are Vegan

Just like any other group of people, you'll find some vegans among us. We're certainly not all vegans though, and nor is it a requirement for the practice.

It does exist in yogic philosophy. To strictly adhere to the yogic path, you must practice the first limb of yoga — Ahimsa, or non-violence.

But that's not for everyone, and you don't need to rigidly follow that path to enjoy the many benefits of yoga.

10) Farting in Class is a Thing

I've read the horror stories online too. Where people fold forward and let out an almighty fart, then need to flee the class in humiliation.

Somebody probably has farted in one of my classes, but I've never noticed.

Besides, yoga is an inward journey. If people did notice, they'd instantly dismiss it like any other fleeting thought,

In short — if it happens to you, don't sweat it.

Have I missed any ridiculous yoga myths that you keep encountering?

Let me know in the comments. 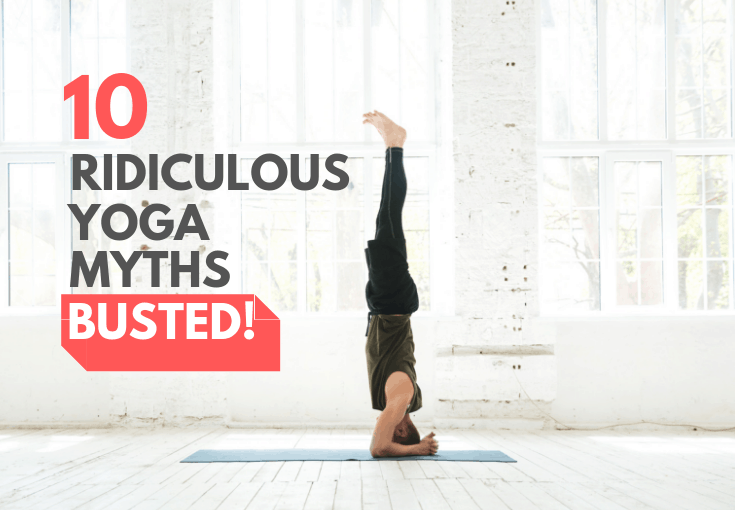